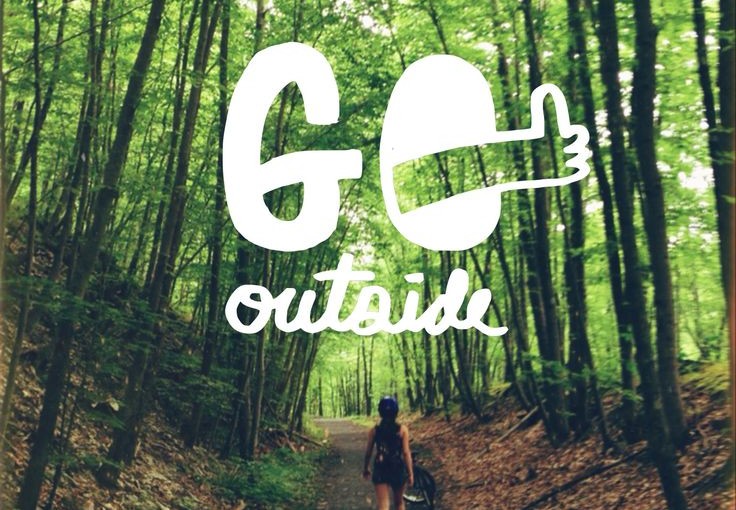 William Wordsworth wrote, “The world is too much with us; late and soon, getting and spending, we lay waste our powers: Little we see in Nature that is ours.” In this poem, he portrays a rift between humans and the natural world. We are increasingly losing connection to nature even though it is scientifically proven that we feel better when we bond with nature. Evolutionary psychologist Edward O. Wilson deemed this hypothesis “biophilia” to explain the “instinctive bond exists between humans and other living systems.” Not only are there social, behavioral, and health benefits that the natural world can provide, but there are also immense cognitive benefits from interacting with nature. You can actually improve your academic productivity by taking a break from studying. So, if you need any motivation to take a break from your studies to get outside, you have come to the right place.

Improved Short Term Memory
The Psychological Science Journal published a study done at Ann Arbor found that going for nature walks helps improve memory by 20%.
“University of Michigan students were given a brief memory test, then divided into two groups. One group took a walk around an arboretum, and the other half took a walk down a city street. When the participants returned and did the test again, those who had walked among trees did almost 20% percent better than the first time. The ones who had taken in city sights instead did not consistently improve.”  1

Improved Concentration
In a similar study to the one above, students were divided into three groups. One group took a walk through the city, one through nature, and the rest relaxed. All three groups then took a proofreading test. The nature walkers had the highest score. Researches wrote, “The attentional effect of nature is so strong it might help kids with ADHD, who have been found to concentrate better after just 20 minutes in a park. ‘Doses of nature’ might serve as a safe, inexpensive, widely accessible new tool … for managing ADHD symptoms.”  1

Restored Mental Energy
We have all been that person sitting in Betrand with no life behind our eyes unknowingly staring at a wall and when we snap back into it, we realize a half hour has gone by – well, I know I have atleast been this person. Mental fatigue is a condition manifested by low productivity, alertness, and energy. Just by being outside, we connect to the earth’s energy (how much of a hippy do I sound like right now…but it is true!). The restorative elements of nature boost energy by reducing stress hormones and lowering blood pressure. Studies also show that “sunlight can also increase the body’s production of serotonin, which lifts mood and increases energy.” 3

Enhanced Creative Thinking
German and U.S. researchers found that even just viewing the color green enhances creative performance, so surrounding yourself with lush vegetation could have amazing cognitive effects.
“Participants in the study were either shown the colour green, white, red, gray or blue. After a brief glimpse they were asked to complete a creative task.
For example, in one task participants were asked to list as many creative ways to use a tin can. In another, participants were asked to list as many ’round things’ they could think of.
Their data revealed a strong correlation: participants who were shown a brief glimpse of green had increased levels of creative performance.
Basically, those who saw green came up with more interesting ways to use a tin can and included absurdly round things in their list.” 4
We need to get outside the box in order to see outside the box.

The dock near the Gateways, the farm at Ards, and the bike trail all provide a natural respite. Also, the scenic Susquehanna River that runs through Lewisburg offers a wide array of outdoor adventures that await us before it becomes too cold out. These activities include kayaking, paddle boarding, fishing, and more. To learn about some planned activities through emails and meetings, join Bucknell’s Outing Club.