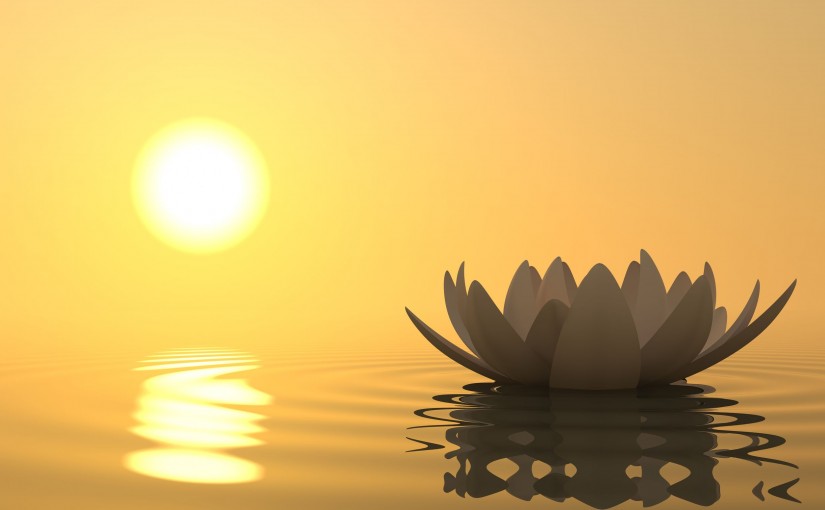 Yesterday morning, I met with Jason Leddington, a Professor of Philosophy at Bucknell, who has been practicing meditation for well over a decade. Once we settled into a wooden bench warmed by the sun, he tells me how he awoke in a panic this morning because he had too many assignments to complete in too little of time. Torn between staying in bed or facing his seemingly Herculean tasks, he decided to sit down and perform a guided meditation. This ten minute body scan was all it took to completely shift his perspective. He felt more compassionate and less resentful to the people asking him to do things and he felt lighter from his stress relief. And now, here he is sitting with me, with a warm cup of coffee in his hand, crossing another commitment off his list. He notes, “A lot about life is difficult. We can’t change that. What we can change is our perspective.”

Jason first began practicing Zen meditation twelve years ago, the main form of Mahayana Buddhism that focuses on the meaning of life itself, before moving to Vipassana meditation, a meditation about psychological insight of one’s self. Vipassana, a less mystical and more practical approach than the former, focuses on the four noble truths -the truth of suffering, the truth of the cause of suffering, the truth of the end of suffering, and the truth of the path that leads to the end of suffering. These truths offer a relief in one’s own suffering, which can be reflected in our daily life. Jason explains, “even just sitting for three minutes has the ability to change our relationship to the world around us. Our experience is malleable.” With his peace of mind, compassion, and thoughtfulness, he alters his life in small yet significant ways.

He is also able to make a change in his students’ lives as well. In his Consciousness class, he teaches mindfulness. For the students who engage seriously in the class, Jason is able to notice subtle changes – not through their presence in class but in their weekly journals. His class creates the opportunity and framework for students to discover amazing things about themselves. Not only can Jason see the differences, but there is plenty of research studies showing the benefits of students practicing mindfulness and meditation. No matter what class, meditating for a few minutes at the beginning can give students and the teacher a sense of serenity that calms the mind, eases stress, subsequently increasing intelligence, creativity, concentration, and alertness. One study found that a whopping 41% of students allocated to the meditation group improved in both Math and English scores. 1

The reason I contacted Jason was because my own teacher in eighth grade had planted a seed in my mind about the benefits of meditation that I returned to years later. Last January, I joined over 6 million people who have learned Transcendental Meditation. Transcendental meditation is one of three types of meditation techniques, all differing with regard to the sensory and cognitive processes they require, their neurophysiological effects, and their behavioral outcomes. 2 Rather than just focusing on breathing and chanting, like a normal meditation, TM encourages a restful state of mind beyond thinking – a state of pure consciousness. Hundreds of scientific studies conducted at more than 200 universities and research institutions over the past 40 years discovered the benefits of practicing TM, including reduced cortisol (the “stress hormone”), normalized blood pressure, reduced insomnia, lowered risk of heart attack and stroke, reduced anxiety and depression, improved brain function and memory, and greater inner calm throughout the day. 1 Meditating students also “have significantly higher scores on affectivity, self-esteem and emotional competence.” With some extra time on my hands before I went abroad, I attended a week long clinic to try out this practice for myself.

Confession: since that clinic ended,

I have not practiced TM once. I am glad I contacted Jason because he reminded me how fifteen minutes can transform one’s day. I told him one of the reasons I didn’t practice was because I could never calm my mind and get thoughts of out my head. He told me, “The only way to not be good at meditation is to not do it. Our minds can be chaotic messes but we just don’t let that chaos determine how we are going to act.”

This week I am taking the challenge to practice TM twice a day every day for one week. I am also having my dad and others participate to get more feedback and learn about their own experiences. If anyone wants to contact me and join in, my email is car046@bucknell.edu. Stayed tuned for my next article in which I will provide feedback.