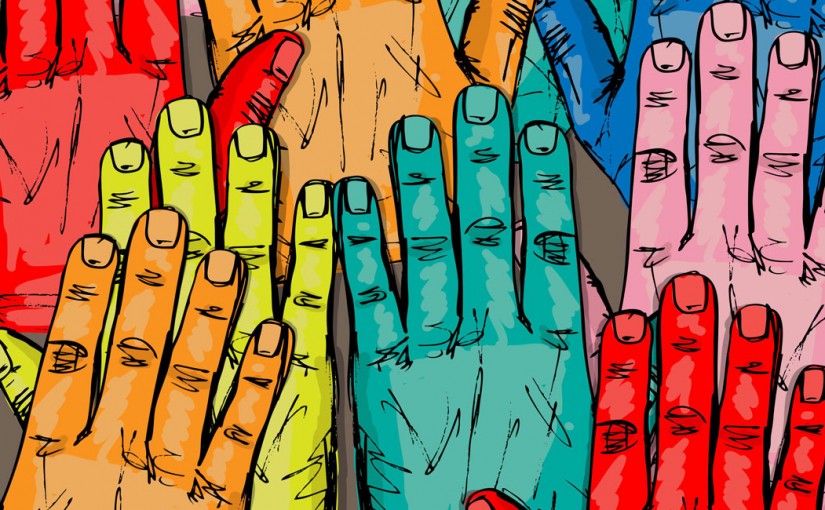 Ubuntu is a foreign but beautiful concept. This humanist philosophy means “I am because you are,” embracing the idea that humans cannot exist in isolation. We depend on human connection, community, and caring – simply, we cannot be without each other. Gabriela Palumbo founded the Ubuntu Club at Bucknell in November of 2014 to remind students that we belong to a greater whole and what we do here can improve the lives of others across the globe, specifically South Africa. Post-apartheid South Africa is still recovering from a long period of severely constrained and social, political, economic, and cultural turmoil that left  highly divided and unequal education system. Ubuntu looks to overcome these barriers to promote a harmonious and successful community by raising awareness and funds to enable children in Port Elizabeth, South Africa to attend school everyday. Inspired by this unique opportunity Bucknell has to help assure the education quality of South African children, I chatted with Ubuntu’s Vice President Amanda Waller.

Ubuntu is literally translated in a few different ways. Mainly though, “Ubuntu” is an African philosophy that means, “I am because you are.” By extension, this means that an individual is not its own, independent entity, it is part of larger communities it has found itself exposed to throughout its lifetime. For example, say a Bucknell student were asked how they got into Bucknell. That student didn’t get in completely on their own merit but they got in due to the collaborative efforts of the communities they were apart of throughout childhood. Their guidance counselor recommended the school, their sophomore math teacher put in a recommendation, their parents drove them to extracurriculars everyday, their coaches instill responsibility into them, and so on. All the components that made this student who they are contributed to their acceptance into Bucknell. A community is inextricable to your individuality, and one doing something to better the community is amongst the most important things to do in life; this is Ubuntu.

The Ubuntu Education Fund is based in South Africa and it incorporates Ubuntu primarily through the notion of having aid from abroad play a large role in development of the Port Elizabeth community. The Fund, founded by people outside the Port Eizabeth community, provides numerous services–psychological counseling, education, career development, medical services.  Additionally, there is a sense of Ubuntu in the Port Elizabeth community itself seeing as the fund strives to take abroad expertise and instill it into the community so that one day the need for foreign aid will not be necessary and the fund will be self-functioning by the community.

The answer to this is twofold. First, there is a need for community bridging on Bucknell’s campus if we want to accurately assert we are a strongly knit community. Second, if we can have the power to grant aid to this community, why not? We have an impact greater than we can begin to imagine. Every bit goes a long way, so it’s worth participating in the cause.

Personally, I love the people I meet that are involved in Ubuntu. The president of the club, Meg Belinsky, our Ubuntu NYC office liaison, and other students trying to start Ubuntu college clubs that we’ve been put into contact with. Everyone has a little bit of a different personal interpretation of Ubuntu. Hearing what those different meanings are, and why these individuals find it important to spread the philosophy is continually refreshing and, at risk of sounding corny, pretty inspiring. And Ubuntu catches on pretty easily. So another joy of working with Ubuntu is watching how easily people resonate with the philosophy after being educated about it.

When I thought of a grass roots organization like this, I automatically thought it would have low impact, that people would wave it off as a too optimistic effort and that only the people who worked with the club would be the ones that care about it. This has proven to not be the case. So I’ve learned that as students passionate about a cause, we do hold water and we have the capacity to make a difference. I’m not saying we’re changing Bucknell’s campus entirely, but I do see small impacts Ubuntu makes. Our capacity to influence some thought has been an unexpected lesson learned.

Certainly. Our president, Meg Belinsky, has been such an inspiration. She is incredibly passionate about the philosophy and works pretty relentlessly to come up with new ideas and organize club events to spread awareness. As I stated earlier, I can be skeptical about grass roots efforts like this, but having Meg as a president definitely keeps myself and the members believing in the capacity and purpose of our organization.

Leo Fotsing Fomba is another individual that has played an incredible role in Ubuntu. He is originally from Cameroon and an ardent believer in Ubuntu. We sat down to interview him last semester on what Ubuntu means to him. Every word out of his mouth made a philosophical statement, it was incredible! I think the largest take away I took from that conversation was a point he made that went as follows: As an individual, you are equipped with particular talents and strengths. Though you might want to use these for self progress and success, you have a responsibility to your community to use these qualities to better the community you find yourself situated in. You don’t have to sacrifice personal success for the community success, but you must balance it. There is a reason you have these strengths, and the only way to utilize them properly is to distribute them equally to personal and community benefit.

Desmond Tutu once said, “My humanity is bound up in yours, for we can only be human together.” It was his translation for “Ubuntu” ironically, and it’s what came to mind when I read this quote. I think this is about how the potential humans have collectively for achieving goals is infinitely greater than potential of the individual. President Obama I’m sure has seen this first hand with him winning two elections and all–and running the country. Those kinds of activities take tremendous collaborative effort that simply cannot be done on an individual level. Everyone has great individual capacity but it is only enhanced when you latch on to a larger working group that aligns with a like end goal. This is essentially Ubuntu, the idea that humanity is based on the plural and not the singular. 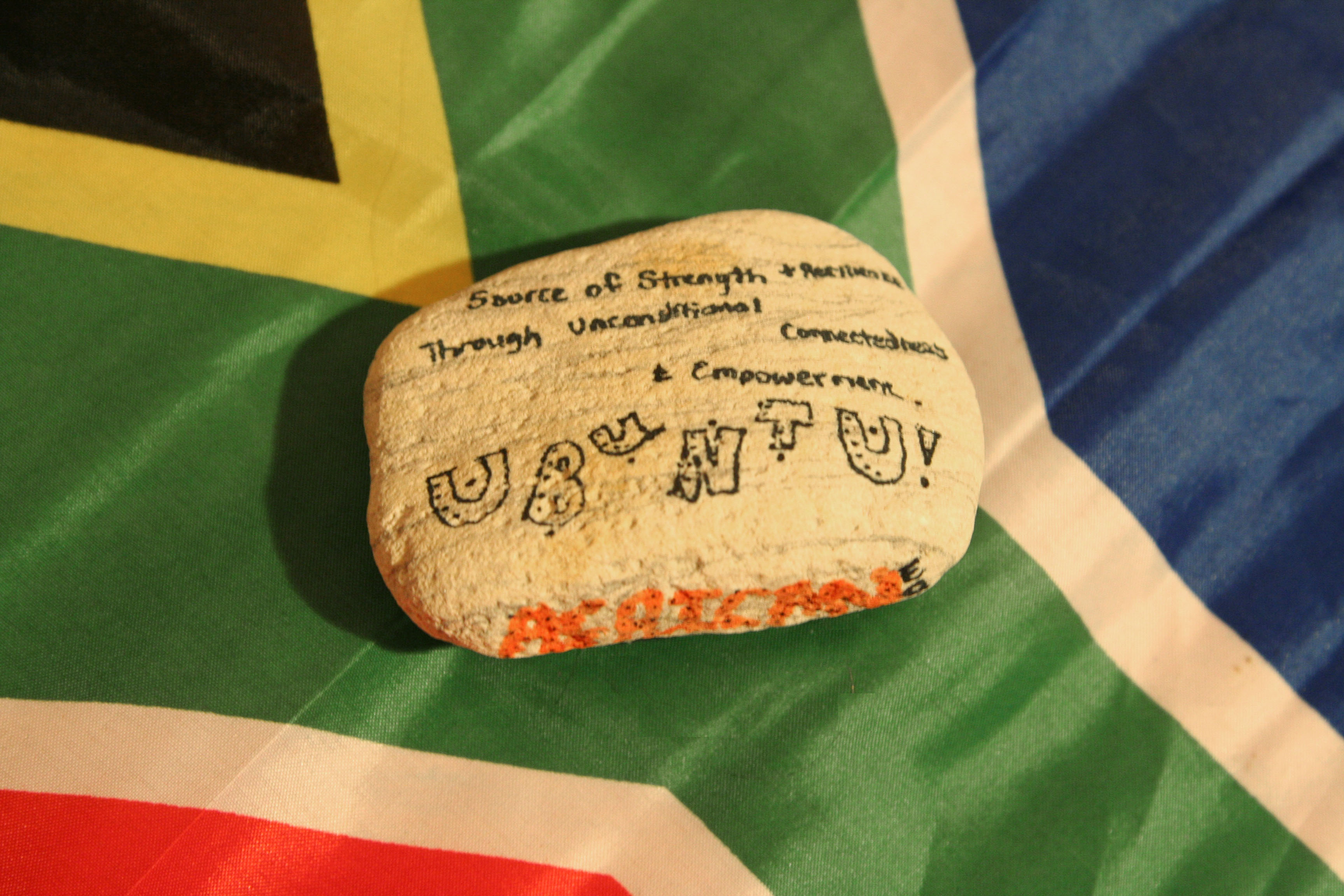 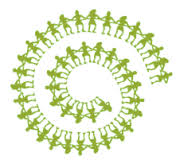 If you have any questions about the club and/or want to join, please contact Amanda Waller at aew002@bucknell.edu