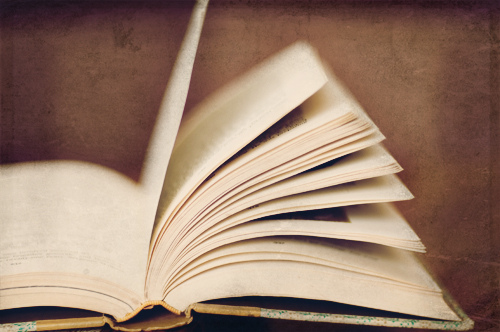 “Stories shape our assumptions, expectations, and realities. Stories, whether personal, cultural, academic, or otherwise, teach us about the world.” Provost Bridget Newell’s introduction to the Stories that Shape Us presentation at Bucknell’s Weis Center quieted the chattering, sociable audience of Bucknell students. This event featured seven professors of various departments presenting their own stories that have shaped them. In college, Bridget told us, “we have the chance to examine, revise, and explore our own stories.” These professors’ wisdom and diversity of voice can help us develop new perspectives and insights or substantiate our personal values and beliefs. They might even help us shape our own stories.

Provided is a summary of the impactful speeches Bucknell professors delivered.

Professor Nikki Young and Professor Coralynn Davis of the Women and Gender Studies department walked onto stage and asked us to close our eyes. They asked us to reflect on when we first began to realize we were a sexual being – that is, associating with one gender or another. After a moment of reflection, they numbered the various possibilities that might have popped into our minds. Was it when our room was painted blue or pink? Our first kiss?  There is no right answer because an individual’s sexuality may shift over time and in different spaces. They then narrated a crucial moment of their own gendered identity – when they came out as lesbian. The pain. The freedom. The confusion. “Aren’t we still the same people we were before?” Coralynn wondered. “Maybe, maybe not,” she answered herself.

Sexual orientation and gender identity are inextricably linked. They explained, “sexuality, (our own and the category itself) intersects with other social identities.” When we associate with being female or male or heterosexual or homosexual, society unconsciously ties signifiers to our identity. One piece of identity creates another piece, causing sexuality to be shaped “by history and cultural context.” Coralynn and Nikki substantiated this through personal anecdotes. Coralynn spoke of her time at college during the 1980’s. It was the height of feminism which helped shape the course of her development as a lesbian. Nikki talked about her extreme minority status- an African American lesbian. What does it mean, she wondered, to be a black queer woman? She didn’t answer her own question.

The middle-aged professors both proved that any examination of oneself is a lifelong process with no concrete answers or directions.

“Men make their own history, but they do not make it as they please; they do not make it under self-selected circumstances, but under circumstances existing already, given and transmitted from the past. The tradition of all dead generations weighs like a nightmare on the brains of the living. And just as they seem to be occupied with revolutionizing themselves and things, creating something that did not exist before, precisely in such epochs of revolutionary crisis they anxiously conjure up the spirits of the past to their service, borrowing from them names, battle slogans, and costumes in order to present this new scene in world history in time-honored disguise and borrowed language.” – Marx, The 19th Brumaire of Louis Bonaparte

Professor Michael James noted that Karl Marx’s assertion from 1852 relates to the racially spurred events that occurred in June 2015. Professor James spoke of Rachel Doleful, the African American female president of NAACP, who was revealed to be white and he spoke of Dylann Roof, the suspected white male who entered Emanuel African Methodist Episcopal Church in downtown Charleston, killing 9 people. The farce and tragedy of June substantiates Marx’s argument that “we make our own history but we don’t choose it, we inherit it.” Whether good or bad, history’s omnipresence haunts us “like a nightmare on the brains of the living.” We can try to change the norms of the institutions and societal standards around us but, that is exactly it, all we can do is change. There is no blank slate we are born into.

Rabbi Rebecca Joseph began the presentation of her own story through song. After the last note, she asked us to raise our hands if we were wondering what is she doing, why is she doing that, why is she doing that here. She explained that this song celebrates the Jewish ritual Havdalah. Havdalah, literally meaning to separate, is the distinction between holy time and daily activities – the blessings that discern darkness and light.

This ritual provides her meaning and purpose to the rest of her week. More importantly, this ritual grants her the power to actively shape and create her own story, a story that involves trying to make the world a kinder place. By letting the audience observe her intimate ritual, she showed us her way of making change in the world. Just in that one song, she made an impact on the hundreds of people in the audience: people quieted, listened, and some may have relaxed and enjoyed the beautiful song. It caused me to wonder, how can we engage in our own rituals to do better for the world?

4. Gender Through My Lens

In Atiya’s family, football reigned supreme. Fall was about buffalo wings, jerseys, and “the game.” When Stokes-Brown was ten, her uncle said to her, “football is for the guys. It’s never too early for a young lady to learn her place in the world. Now go back to the kitchen.” She wondered how her biological presence determines her place in either the kitchen or living room. She asked us, “How do we reconcile demands for equality with sex?” Sex is pure biology and gender is the social construct. So, to be a woman means to be the female sex biologically and have the feminine characteristics and behaviors that different cultures attribute to women.

Different cultures attribute different behaviors to women and men though. Gender therefore can’t be constructed independently of race, class, ethnicity, and nationality – the equation of womanhood or manhood would be incomplete. Atiya then brought up Serena Williams. As we have seen this week and as we have seen for years, the discourse surveilling her approach, her competitiveness, her appearance “creates her as an ‘other.’” As a strong black woman, there are everyday challenges to her womanhood. Atiya finished with an anecdote of her own challenges as a black woman. A white man didn’t offer her his seat in the pediatrics office. Yet, when a white female walked in, he jumped up and said, “I always offer my seat to woman, as I gentleman should.” Atiya bluntly asked him, “Ain’t I women too?” Who is to say whether Atiya, Serena Williams, or any woman who doesn’t fit into the social constructs of womanhood, “ain’t a woman”? Atiya left us with the dates “1851-2015” in boldface letters on the presentation screen.

5.  Being an Ally, Advocate, or Active Bystander: To Be is To Do

We have all heard the term “bystander effect” ad nauseum. Strategically, Professor Sheila Lintott approached the bystander effect in another way. She presented us with the term upstander: a person who stands up for his or her beliefs. “Doing nothing”, Sheila noted, “is easiests. If someone takes time to talk to you [for doing something they disapprove of], you are worth their time.” She gave an example that resonated in the audience: the controversy surrounding Caitlyn Jenner. She was talking with a friend who made an inappropriate comment regarding Jenner’s gender change. Sheila, not agreeing with the comment, simply replied “certain people’s experiences go far beyond your own.” By holding her friend accountable for her words, she hoped she made a difference in her friend’s mindset. She also noted that she would want to be held accountable for her actions so she can learn from them. Maya Angelou’s inspirational quote summarizes Sheila’s story beautifully: “I did then what I knew how to do. Now that I know better, I do better.”

Throughout these presentations, students were asked to engage with the speakers through the social media forum Yik-Yak. Students had a lot to say. Comments covered all aspects of the various emotional spectrums – positive, negative, enlightened, angry, interested, confused. The presentation had reached a goal that can be difficult to achieve among college students: engagement. Students had heard their professors’ stories and now were developing their own insights and reactions to them.

Provost Bridget Newell left us with this: “we have the power to shape our community, how will we do that?”