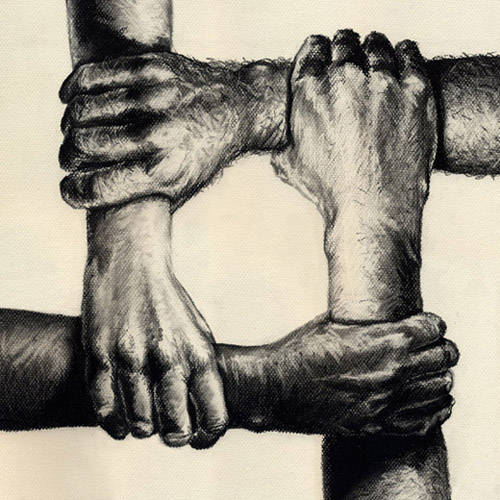 Tuesday evening, hundreds of students silently marched from Bucknell University’s Academic Quad to Hufnagle Park in honor of the many victims silenced by hate, discrimination, and oppression. Once in the park, the silence was broken by students’ performances, reflecting how this silence must end. Many students of all different cultures, social classes, ethnicities, religions, gender identities, and more, came to support the cause. As the introductory speaker Cindy Pelletier, pointed out, despite all of us looking different, look at the blood that runs through our veins – “our hearts, our bodies, all of us feel pain.” At a time when the mass shooting at Oregon College is on our minds, now more than ever, we must get rid of hate and crime. Solidarity means strength. And there are strength in numbers.

Last year, three Bucknell students were expelled for making racist comments and slurs during a campus radio broadcast. Outraged, 1,700 Bucknell students gathered together after the scandal to promote justice and equality, showing signs of hope for change. Despite this, there are still subtle problems on campus, whether it relates to race, gender, mental illnesses, or any type of “differences,” harming college students everyday. These however aren’t as easy to change. The various poems, songs, and interpretive dances at this fall solidarity march conveyed the ways in which students on campus are still silenced by their differences.

“I know in my heart what’s true/ that someone else can change Bucknell/ but I dare you to.” This line in Amarachi Ekekwe’s poem captured the overarching theme of the eight performances at this fall solidarity march. The following interpretive dance of the student group, Extreme Creativity, translated human emotions of abuse and hate, as well as acceptance and love, into dramatic expressions with thought-provoking responses.

Ella Johnson and Danielle Taylor also expressed their own struggles on campus through their passionate reading of the poem “We Be Two Little Black Girls.” The powerful delivery, strong voice and rhythm, and spot-on unity captured the audience’s full attention. Ella also individually performed her own poem about her womanhood, moving the audience through various moods, and creating feelings in the richness of her words. She says, “I am that girl who is so sweet you might just get diabetes,” but “I am also that girl who used to think women were the most powerful until I learned that they can hurt.” Her anaphora adds a powerful poetic element that further emphasizes her lack of control over her own image.

Student Mary Oloukun also sang about these problems of abuse and marginalization. In her soulful, deep voice, she sang John Legend’s “If You’re Out There.” “If you hear this message, wherever you stand/ I’m calling every woman, calling every man/ We’re the generation. We can’t afford to wait/ The future started yesterday and we’re already late.” The message, along with her beautiful vocal chords, resonated in the crowd, making us aware that “tomorrow” must start today.

Following the performances, six student-run clubs came up on stage to remind and/or enlighten the audience about their purposes on campus and in the greater community. Black Student Union’s member Kwaku read a poem about his struggle as an African-American student, stating how his dad told him he has no “business in studying business because melanin doesn’t go well with millions.” Active Mind’s member Steph talked about the stigma around mental illnesses. She told us a frightening statistic that 19% of Bucknell students seek help at the counselling center – 7% higher than the national average. Of that 19%, 6.7% have had suicide thoughts or feelings (keep in mind these are just the students that seek help).

Then Provost of Diversity Bridget Newell spoke for Bucknell’s chapter of Athena, an organization that seeks to support, develop and honor women leaders. She spoke of eight attributes that reflect women’s contribution to leadership: authentic self, relationships, giving, collaboration, courageous acts, learning, fierce advocacy, and celebration and joy. She asked us, both males and females, to examine the meaning of these attributes and ask how we can apply them in our own lives. How can we undertake courageous acts to change campus? How will we become fierce advocates to position change for Bucknell, Lewisburg, and beyond?

LGBQIA+ also asked us to bring about awareness of certain problems. The two spokespeople, both in “celebrate different” t-shirts, gave a brief history of the LGBT history, beginning with the Stonewall Riots, and then educated us on the different symbols for gender, such as the pansexual and asexual flags. Then the students for Free Tibet explained Tibet’s history, focusing on China’s harsh restrictions on Tibetan human rights and how that caused 143 Tibetans to self immolate, including a young 15 year old. We held a short candlelight vigil and moment of silence to commemorate these martyrs and activists.

Lastly, international student and Ubunto spokesperson Leo, from Cameroon, Africa, concluded with a personal story. One night, a few years ago, Leo’s father was found bleeding in the street. He had been mugged by a teenager. Leo’s father, instead of charging the teenager for assault, invited him on a walk. Leo’s father chatted to the teenager about the danger in their community and how this boy is now contributing to the unsafe environment that people they both know and love live in. When Leo questioned his father’s actions, his father replied, “Son, people are haunted by their bad deeds because they haven’t been in contact with their inner beauty.” Now, the teenager, who is now an adult, is an advocate for community safety.

Leo’s father, as well as all the speakers and performers, show that every action we take not only affects our own future but others’ futures as well. This march brings to light issues on campus that must change. By rising to the challenge and making a difference, however big or small, we not only better our personal growth but someone else’s too. We have the power to transform our campus. In the words of Ralph Waldo Emerson, “The purpose of life is not to be happy. It is to be useful, to be honorable, to be compassionate, to have it make some difference that you have lived and lived well.” Happiness, however, is a sweet result.

One thought on “Stop the Silence: The Solidarity March and the Spotlight on Human Rights”